How to Play Burned Dreamcast Games?

How to Play Burned Dreamcast Games?

Dreamcast was released back in 1999 by Sega as the predecessor to all sixth-generation gaming consoles. Its open-source firmware provides endless possibilities for playing later games. In this tutorial, I will explain how to play burned Dreamcast games.

The list of original Dreamcast game titles is limited to only 624. However, the powerful hardware and the stable firmware allow you to play a lot more than that.

Does your Dreamcast Support Burned Games? Dreamcast comes with powerful hardware that can play several games. However, only specific devices are programmed to run third-party burned CDs. To check whether or not your console supports burned games, follow this tutorial :

● Unplug all the wires from your Dreamcast.

● Turn it upside down and look for the branding sticker at the bottom of the console.

● Look for the model number on the sticker

● Dreamcast devices that were manufactured before October 2000 can play burned games.

● If your device was manufactured after this date, check out the forum if they have an update.

All devices manufactured red between September 1999 to October 2000 can play burned game CDs without any problem.

How to Burn CD's for Dreamcast? Original Dreamcast CDs have become extinct from almost all stores. Luckily, the internet still has tons of GD-ROMs available for download. You can download and create your own Dreamcast CDs from these ROMs. Here’s how:

● Examine the bottom of the console to confirm whether you have a PAL or NTSC console.

● Download the latest drivers for Imgburn and copy pfctoc.dll, pfctoc.h, and pfctoc.lib to the Imgburn install directory

● Google and download the Dreamcast game ROMs or CDI files for your favorite games.

● You’ll need a CD-writer device attached to your PC for burning the disk.

● Put an empty 700MB CD in the CD drive bay and open Imgburn.

●  Note: you can only copy one game on a single disk.

● Set the write speed to 4x and start burning till you see the successfully created message.

● Take out the burned CD from the bay, and it’s time to play the game.

Can I Play PlayStation Games on Dreamcast? There is no straightforward answer to this question. Dreamcast has more advanced hardware than both PlayStation 1 and 2. So, technically yes, you should be able to play those games on your console. However, things get more complicated as you look at the software support. All PlayStation games are designed to run at a 320×240 resolution, while Dreamcast games run at 640×480 resolution. This results in several glitches and even leaves the games unplayable.

Some projects, such as BleemCast, came up with the idea to optimize PlayStation games for Dreamcast. They released a total of three titles, namely: Metal Gear Solid, Tekken 3, and Gran Turismo 2. However, the project became dead after this and didn’t release any other titles. You can play all of these games by downloading the optimized ROMs and burning them on a CD with Imgburn.

Can I Watch Movies on Dreamcast? As a matter of fact, yes! Dreamcast comes with a DVD drive that supports movie DVDs. You can watch all movies from a DVD with a resolution of up to 480P on your Dreamcast console.

Simply insert the movie DVD into the console and power it on. When the console doesn’t detect any playable games on the disk, it will shift to a multimedia mode. This mode provides all available movies from the DVD. You can select your desired movie from the list, and it will start playing. You can even burn your own movie DVDs using Imgburn to play on the console. Currently, Dreamcast supports all major video formats like MP4, AVI, and MOV and a video encoding of H264.

Is it Safe to Play Burned Games on Dreamcast? According to online forums, people have been using burned CDs and DVDs on their Dreamcast for many years. There is no physical or software damage involved as long as you are following the guidelines. Dreamcast doesn’t come with a system to differentiate between original disks and third-party media disks. Therefore, all Dreamcast devices manufactured before October 2000 can play burned disks without any problem.

Some users claimed that the burned CDs damaged the optical lens of the console. However, most of these claims were fake, and the rest were rewritten used CDs. The CDs don’t come with a protective coating. So, the data foil becomes scratched with the passage of time. It is well-known that scratched media destroys your optical lens, whether it is a PC, PlayStation, Xbox, or Dreamcast. So, you shouldn’t worry about damaging your Dreamcast as long as you are using a fresh disk for every game.

Which CD-R is Suitable for Burning Dreamcast Disks? CD-writers are included in almost all new laptops. However, the writing speed of modern laptops CD drives is around 10-20x. Whereas Dreamcast only supports CDs burned at 4x speed or even slower. Therefore, the problem isn’t the disk. It’s the writing hardware. Some software like Imgburn allows you to decrease the writing speed. Remember, the slower the burning speed, the better your Dreamcast games will run. However, games like Sonic play just fine even at 10x burning.

By now, you should understand how to play burned Dreamcast games. The internet is full of GD-ROMS available for free download. You can download your favorite games, write on a CD and play. 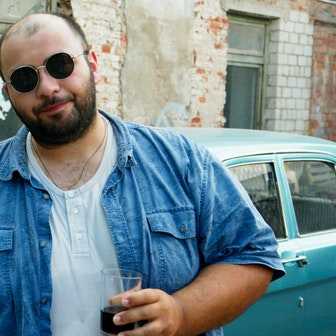 Meet Gabriel. He is 32 years old. He lives in New York, and gaming is his passion. He stepped into the field of gaming when he was 12. He spent most of his time playing games. His father often got angry because he did not focus much on his studies, but he thought of doing something in his gaming career. Inspired by his uncle Jamie, he started his own gaming website, and now he is a successful freelancer.