Latest confirmed news: the 4070 TI will retail for $799, below are all the information we consolidated across todays CES release.


Nvidia’s latest addition to its line of graphics cards, the RTX 4070 Ti, is set to shake up the market with its impressive capabilities and competitive price point.

The RTX 4070 Ti is a high-end GPU featuring the full AD104 GPU with 7680 CUDA cores and 12GB of GDDR6X memory. It is set to be the first desktop GPU to release in the new year, with a launch date of January 5th. Reviewers are expected to publish their benchmark results on January 4th, and board partners such as MSI will officially announce their RTX 4070 Ti models on January 3rd.

MSI is preparing at least seven models of the RTX 4070 Ti, with three variants: SUPRIM, GAMING, and VENTUS. The SUPRIM variant may also have a “SE” subvariant. All of these models will feature 12GB VRAM and factory-overclocked models will be available. The VENTUS variant will have three fans, and it is likely that all MSI RTX 4070 Ti models will have the same number of fans.

According to a recent leak, the RTX 4070 Ti scored 725 points in OctaneBench 2020.1, making it 5% faster than the flagship desktop GPU, the RTX 3090 Ti. This score is also 7.25 times faster than a GTX 980 graphics card in this particular benchmark. It should be noted, however, that this is a single score and it is not clear if the card was running with a non-standard configuration such as overclocking.

In addition to its impressive performance, the RTX 4070 Ti is also expected to be a more budget-friendly option for those looking to upgrade their graphics card. While the price has not yet been officially announced, it is expected to be less expensive than the RTX 4080, which has a starting price of $1,199 USD. Some estimates place the RTX 4070 Ti’s price between $549 and $699 USD, but with the RTX 4090 costing $1,599 USD, it could potentially go even higher.

In comparison to other graphics cards, the RTX 4070 Ti is expected to pack a punch with its RTX 3090 Ti levels of performance and clock speeds that outperform the RTX 4090. It is also rumored to have 5,888 CUDA cores and 12GB of GDDR6X VRAM, similar to the cancelled RTX 4080 model.

The RTX 4070 Ti is also expected to come with the latest Deep Learning Super Sampling (DLSS) technology, DLSS 3.0, which is only available on GeForce RTX 4000 GPUs. This, along with its capability for ray tracing, makes it a strong contender in the world of gaming and graphics rendering.

Overall, the Nvidia RTX 4070 Ti is shaping up to be a powerful and competitively-priced graphics card, with impressive performance and a range of models from top brands like MSI. It is sure to be a popular choice for those looking to upgrade their gaming or graphics rendering setup in the new year.

Lastly, It looks like ASUS and Noctua are planning to unveil a new RTX 40 graphics card soon, and a number of people are expecting it to be a variant of the RTX 4070 TI.

According to Chiphell Editor “Napoleon,” we can expect to see the new card next month at CES 2023. It’s not clear yet which model they’re working on or what it will look like, but it’s possible the new GPU will feature Noctua’s iconic brown color scheme and NF-A12x25 fans. However, Noctua also has a black series of fans that could be used for a more modern looking graphics card. The Noctua RTX 3080 and RTX 3070 series were released a little later than other GPUs, with the first cards appearing in May. This time around, it looks like Noctua and ASUS will be ready to show off their new design just a few months after the introduction of the first Ada GPUs.

*GBB is a a retail industry secret in MSRP pricing and positioning. And they are usually set to guide consumers toward the “good” option in some cases it accounts for 70% of the sale. It’s a very good point to highlight given the 4070 TI brings a mere 5% advantage over the 3090 TI, it’d get you thinking was it done on purpose?

Performance estimated based on architecture, shader count and clocks. 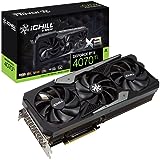 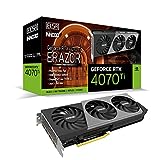 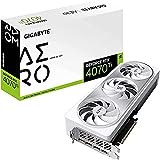 Last update on 2023-02-05 / Affiliate links / Images from Amazon Product Advertising API Gaming techies is supported by it's awesome community, using the amazon affiliate links on our website helps keeps the lights on! at no additional cost to you.